In this work, I am investigating two concepts – “knowledge” and “imagination” – as well as the way in which these two are intertwined. Using new insights in the fields of philosophy, cognitive science and developmental psychology as my starting point, I conduct my own experiments.

For example, how are imagination and play (imagining an alternative reality) related to experimentation (testing hypotheses)? What does the process of learning have to do with “cultural transmission”? According to recent research, “pretending” involves more than just the power of imagination – it is a cultural process that can actually implement new realities.

This project has developed out of many years of working with non-artists in participatory projects (involving performance, body language, stories and play). For Learning Machines (Everything We’ll Ever Think Is Potentially There From The Start), I’m working with children to create scenes for the video camera. Some of these scenes quote well-known research experiments, whereas others specifically deal with philosophical questions.

The video clips will be displayed inside of mobile objects (sculptures), which will in turn be integrated into an installation, so that the complex interplay of ideas, theory and (artistic) practice can become tangible.

“For human beings, the really important evolutionary advantage is our ability to create new worlds. Look around the room you’re sitting in. Every object in that room – the right angle table, the book, the paper, the computer screen, the ceramic cup – was once imaginary. Not a thing in the room existed in the Pleistocene. Every one of them started out as an imaginary fantasy in someone’s mind. And that’s even more true of people. All the things I am – a scientist, a philosopher, an atheist, a feminist – all those kinds of people started out as imaginary ideas too. I’m not making some relativist post-modern point here, [because] right now the computer and the cup and the scientist and the feminist are as real as anything can be. But that’s just what our human minds do best – take the imaginary and make it real. I think now that cognition is also a way we impose our minds on the world.

In fact, I think now that the two abilities – finding the truth about the world and creating new worlds – are two sides of the same coins. Theories, in science or childhood, don’t just tell us what’s true – they tell us what’s possible, and they tell us how to get to those possibilities from where we are now. When children learn and when they pretend, they use their knowledge of the world to create new possibilities. So do we, whether we are doing science or writing novels. I don’t think anymore that Science and Fiction are just both Good Things that complement each other. I think they are, quite literally, the same thing.” – Alison Gopnik (Institute of Human Development, UC Berkeley) 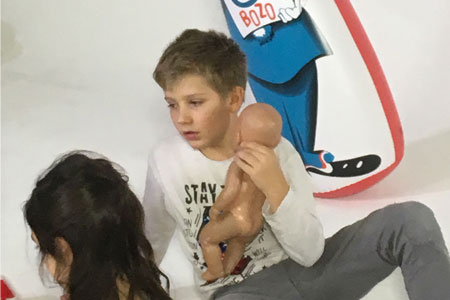 This website uses cookies to improve your experience. We'll assume you're ok with this, but you can opt-out if you wish. Read More
Accept
Reject